EL Minja's is from the Netherlands.

Most winning Lhasa Apso female with Best of Breed in 2000

the first International and National Hong Kong Champion EL Minja's in China, and in Japan.

Several Best in Shows and Best in Specialty Shows.

To continue; CH. EL Minja's Thsang-Pa , Good as Gold and Dream On won great in the Netherlands 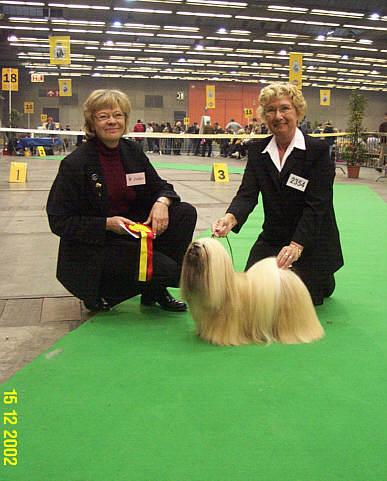 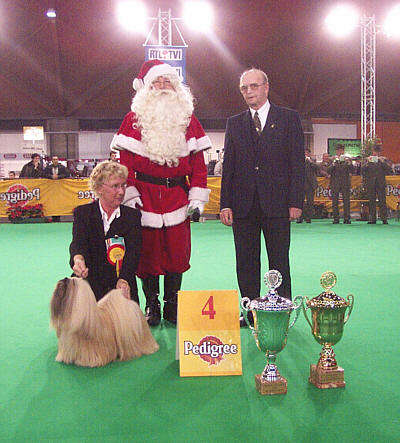 many thanks to the judges Mrs Hasselgren, Mrs Millecam and Mr Misselijn. 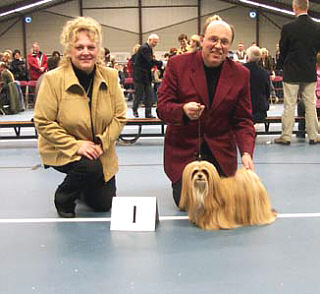 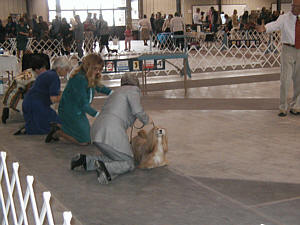 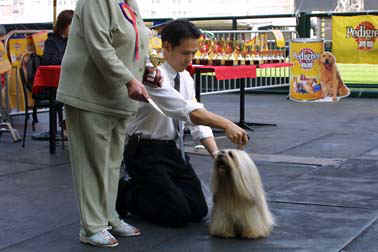 News about the Worldchampion dogshow in Amsterdam July 2002 click here! 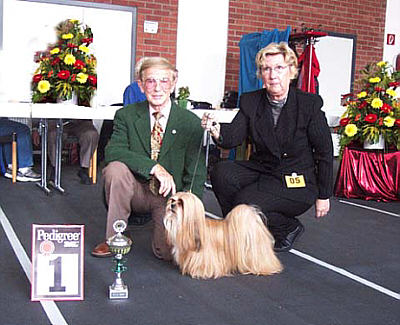 In Germany under Judge Mrs Martha Heine CH EL Minja's Good as Gold won winners bitch with CAC and Best of breed, her kennelmate EL Minja's Twister made his debute in Germany with winners dog with CAC. 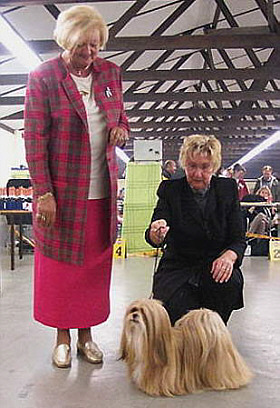 In Germany under Judge Mrs Tarjan EL Minja's Gambler obtain his German Champion title and his kennelmate CH EL Minja's Good as Gold obtain the Best of Breed and finally 3e Best in Show thanks to judge mrs Tarjan. 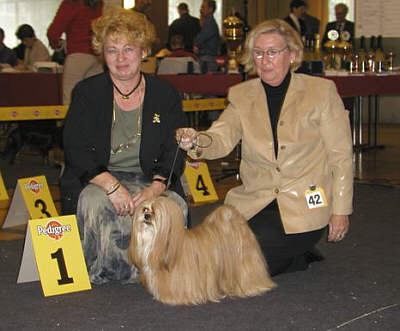 "Walker" picked up another Best in Show at the St. Vrain Dog Club on Saturday Sept. 28 under Alan Krenek and BOB & Group I under Nina Marie Hancock-Sherrer.  EL Minja's Funny Face "Dolly" was Winner's Bitch and on Sunday CH EL Minja's Jasmine was Winner's Bitch, "Walker" Best of Breed and reserve Group winner. 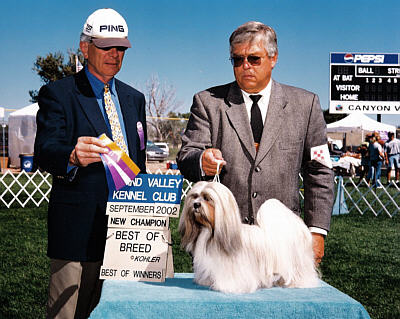 Our Congratulations to Atisha's owners and handlers Mr&Mrs Tom and Marsha Worlton in Utah,USA! Thank You for taking care of her and finishing her championship.

Our sincere appreciation and thanks goes to all the judges who think so highly of our Lhasa Apso's.